Recent paintings by John D. Gall bring forth an extension of his work done over the past 25 years but with a much more surreal influence within his subject matter. Those familiar with his work may be surprised to see paintings rather than original prints (etching and relief) but John’s unique imagery or “artistic signature” is ever present in any medium he uses. As John explains; “I was a painter for many years before attending Guilford College where, unexpectedly, I became seduced with making original prints. I’m sure I will continue to create prints, but as I re-visit painting I have also found a renewed purpose and focus for painting.”

There is a playful, whimsical, yet serious nature in the images John creates, whereby man’s everyday stuggles seems to deal with the “choices” made during life. You often see a recurring theme such as stealing or stopping time, loneliness, being impoverished, or trying to make sense of a dream. There is even a suggestion of wishful thinking. All the new paintings exhibit a heightened sense of color, being vibrant and rich.

John’s work is in various public collections including the University of Dallas, Guilford College, Perdue University, University of West Georgia, Arkansas State University, Capital Bank, Kerr Drugs, Essex Plastics Corporation, and numerous private collections. Two of his drawings are currently included in the show entitled: Line,Touch,Trace at the North Carolina Museum of Art, which will run from August 31, 2014 through March 8, 2015.

I strive to tell stories with my art, whether indirectly as metaphors or directly as narratives. Even a still life can tell a story. My subjects may be dreamed, imagined, or experienced, as an autobiographical interpretation, but those invented from my imagination are the most precious to me. Any person, place, time or thing can be a source for inspiration allowing freedom and diversity of subject matter. Solving the problem of staying focused is handled by working in series, pursuing an idea until it has been explored, drained, and pushed to the limits of my interest. It is difficult to say how many different images may come from a basic "idea."

I admire drawing, and my primary creative medium is printmaking, with the majority of my prints being intaglio(etching). I relate to the European tradition of etching, emphasizing line and technique. Many of my mentors: Rembrandt, Goya, Whistler, and Picasso all excelled as draftsmen and etchers. The love of a strong graphic image and the craft to produce it can be clearly seen in their prints. I would like to think I am proceeding in the same direction. To keep myself fresh and introduce variety, I also work in other mediums in addition to printmaking; the most common of these is mixed media on paper.

The realm of imagination has brought me to my most current body of work (1995-present). Coming from a math and science background, I am fascinated by the aesthetic beauty of mathematical equations, graphs and symbols. This has led me to the most complex equation of all: the "Human equation." In an almost surreal way I have begun combining and incorporating human figures with these symbols in a new, fabricated "world" of Knowledge Seekers. The works are usually in an unexplained space where different scales and perspectives exist. The symbols represent metaphors for various conditions of knowledge and depict ways these Knowledge Seekers "use" their knowledge. This direction in my art has expanded to include not only the "Human" equation, but also botanical and biological subjects, and most always include symbols and some sort of scientific data. Other noteworthy series include: "Souls" (whimsical predicaments of human souls) and "Tuscany" (interpretations from travels in Italy).

2006 One person show at UNC-Wilmington. On view at the Warick Center, the "UNCW-Presents" show includes 25 works of both intaglio hand pulled prints and mixed media works on paper. The show was entitled: ÒHuman EquationsÓ- Prints and drawings.

2006 One person show at the Theatre Art Galleries, High Point. Fourteen etchings and fourteen works on paper from 1996 through 2006 were exhibited.

2004 One person show held at Triad Stage, a satellite gallery of the Green Hill Center for North Carolina Art. The show was entitled Human Equations- The Series. The exhibited works were intaglio prints.

2004 One person show at the Eastern Standard Gallery, Greensboro, NC. An exhibition of 25 mixed media works on paper entitled: The Botanicals were exhibited. The series featured trees, flowers, shrubs, weeds, and other botanicals within a few hundred feet of my studio, incorporating scientific symbols.

2001 One person show at Reinhardt College, Waleska, GA. Approximately 35 intaglio prints and mixed media drawings were exhibited. A Gallery talk was given. Work was selected for the permanent collection of the college.

1995 One person show, Italy and Beyond, Theatre Arts Gallery, High Point, NC. Approximately 30 intaglio prints from the Italian series and the Souls series were exhibited.

2006 Invited to participate in "Nascar Inspired," a group show curated by the Hickory Museum of Art, Hickory, NC.

2006 Selected as Professional Artist status in the Center for Visual Arts, Greensboro, NC. Juror: Hank Foreman, Director and Curator of the Turchin Center, ASU. Exhibited in the first annual show for this new level.

2005 Invited to hold an etching workshop at High Point University. The workshop was for students at the school with varying knowledge of etching.

2004 Invited to exhibit in an invitational group small print show at the State University of New York at Oneonta. The show was curated by Jim Mullen, Fine Arts Gallery Director and Professor Emeritus.

2004 Invited to participate in the group show, Frogs and Lizards and Artists, Oh My! Exhibited at the W.H.Moring, Jr. Arts Center, Asheboro, NC.

2004 Work selected for the Mid-America Print Council member's show at the University of Nebraska-Lincoln. Juror: Mark Smith, artist, critic, and master printer. Show exhibited in conjunction with the 2004 MAPC Conference.

2003 Invited to be the juror for the High Point Fine Arts GuildÕs Fall all member show. A critique and gallery talk was given at the opening reception.

2003 Invited as guest artist to speak about etching, my work, and techniques used, to the students at Guilford College. A portfolio of etchings of several artists' works was shown.

2002 Guest curator and exhibiter for Printmaking in the European Tradition at the Theatre Art Galleries, High Point, NC. Six artists from across the United States were selected to participate. 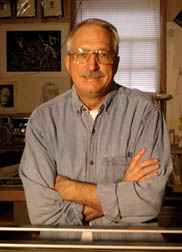