Watercolor artist who wrote and illustrated the book 'Indigenous Flowers of Hawaii', published in London in 1885.

Isabella was born in Scotland, and migrated across the globe with her family to Canterbury, New Zealand, in 1861. A little more than 16,000 people of European descent resided in Canterbury at the time, making it the second most populous city in the country. Her father, William McHutcheson (1810–1905), moved to this faraway locale thanks to the energetic efforts of his sister Elizabeth McHutcheson Sinclair (1800–92). Better known as Eliza, she managed family prospects successfully, in part because her husband and son perished at sea in 1846. 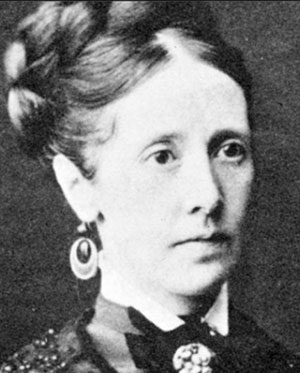 After several decades in New Zealand, Elizabeth decided to try her luck elsewhere, moving to British Columbia in Canada in 1863. Eliza and her family found that the natives of British Columbia were quite different from Maori, and the mountainous, wooded terrain was much more difficult to clear and prepare for settlement and agriculture. Eliza decided to abandon Canada for California, but a friend recommended the Sandwich Islands instead.

In September 1863, Elizabeth Sinclair, et al. arrived in Honolulu via a circuitous route on the ship Bessie, starting in Vancouver and stopping in Los Angeles. Moving with speed, Eliza bought the island called Niihau for $10,000 from Kamehameha V (1830–72), the fifth monarch of Hawaii. Niihau, measuring about 70 square miles (or less than a third of Chicago's 228 square miles), became the base for the expanding Sinclair family, including Isabella who married her cousin Francis.

Isabella and Francis worked with the Sinclair clan on Niihau, but decided to settle on the southern shore of the adjacent island of Kauai in Makaweli. Kauai is a little more than 17 miles southwest of Niihau, so Francis (known also as Frank) could easily move between family duties on the islands. Isabella, fortunately for botanical and artistic posterity, had the time and inclination to explore the vegetation of Kauai and Niihau.

The Sinclair family was respected by natives on both islands, since Eliza, the matriarch, was recognized as a "chiefess." Isabella, via the locals, was able to secure a great deal of information about her botanical discoveries, including vernacular names and medicinal properties. She explored extensively on Kauai, including Waimea Canyon, some 10 miles long and nearly 3,000 feet deep. Isabella used her specimens to create delicate and detailed watercolors for each plant. She organized her botanical information with notes on habitat and flowering times.

With 44 exquisite chromolithographed plates, Indigenous Flowers of the Hawaiian Islands is no ordinary book. Its illustrations introduced the world to an exotic, endemic, and vanishing flora. Indigenous Flowers provides a marker to measure the impact of humans on the fragile ecosystem of two Hawaiian islands, yet another signal of the Anthropocene epoch. Isabella McHutcheson Sinclair (1840–90) was probably the most unexpected ambassador for plant conservation. Her breadth of botanical experiences in the Pacific, in both New Zealand and the Sandwich Islands (better known today as Hawaii), gave her a particular vision to recognize the effects of humans on local flora and fauna.
"The Hawaiian flora seems … to grow in an easy careless way, which, though pleasingly artistic, and well adapted to what may be termed the natural state of the islands, will not long survive the invasion of foreign plants, and changed conditions. Forest fires, animals, and agriculture, have so changed the islands, within the last fifty or sixty years, that one can now travel for miles, in some districts, without finding a single indigenous plant; the ground being wholly taken possession of by weeds, shrubs, and grasses, imported from various countries."
According to the National Tropical Botanical Garden, the Hawaiian Islands are home to more than 1,300 endemic plant species, of which 100 are extinct and 273 are threatened or endangered. Isabella Sinclair recognized this problem 130 years ago in Indigenous Flowers of the Hawaiian Islands. Her book provides a standard for measuring the flora of those islands as well as providing an artistic expression of the beauty of these special plants.